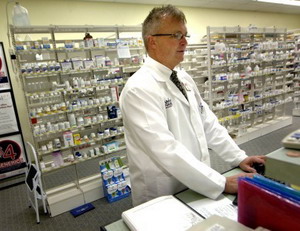 In U.S, a very poor growth in the sale of prescription drug have been seen in 2008, the figure is about 291 billion dollar which is continue to decrease as most of the people are now using the generic drugs or avoiding medication due to the  economic crisis.

The horrible picture came out when IMS health Inc, collected the annual data of the pharmaceutical industry. “Just 0.9 percent growth occurred in the dispensed prescription volume that was 2.8 and 4.6 in 07 and 2006 respectively, according to the previous IMS report.

IMS which predicted that the sale will go up in 2009 haven’t mentioned any forecast after analyzing the current situation. Lipid lowering agents that reduce the LDL and VLDL cholesterol and increase the number of HDL in the blood were on the top in sale with respect to volume, in 2008.

The runners up includes narcotic analgesic, anti-anxiety and two types of antihypertensive drugs called Angiotensin converting enzyme (ACE) inhibitor and beta blockers. In terms of overall sale antipsychotic drugs were on the top.

The sale, in this year will face more declines if Obama Administration forces the pharmaceutical companies to reduce the price of their drugs, industry analysts said. U.S is the only developed country that doesn’t have any set up on price regulation of the prescription drug.